In the age of the internet and smartphones, marketing has changed. We recently released a report (bottom) showing what full-funnel marketing looks like in 2019, as well provided a look at a couple of implementations that resulted in improved business results for a couple of clients.

Consider the diagram on the below which illustrates where people typically consume media. 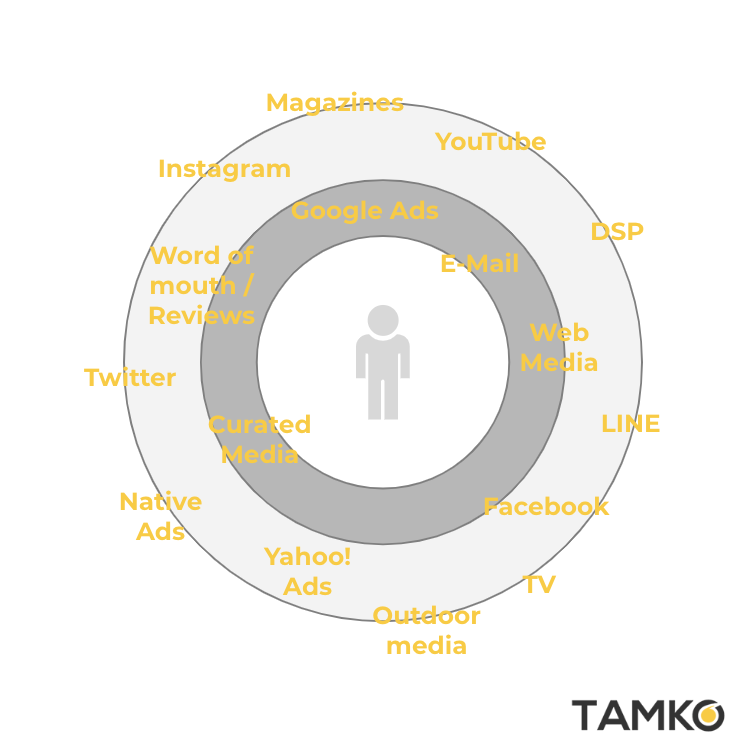 Communication happens at so many different “touchpoints” now, and our attention is increasingly divided and scattered.

Traditional advertising where an introduction, value transmission, price introduction and call-to-action are done within a predetermined ad space on one channel is becoming less effective.

Full-funnel marketing today is strategically implemented across multiple touchpoints and communication channels while gaining insights and data that lead to future optimizations in communication.

Here’s what’s focused on during each stage of the marketing funnel. 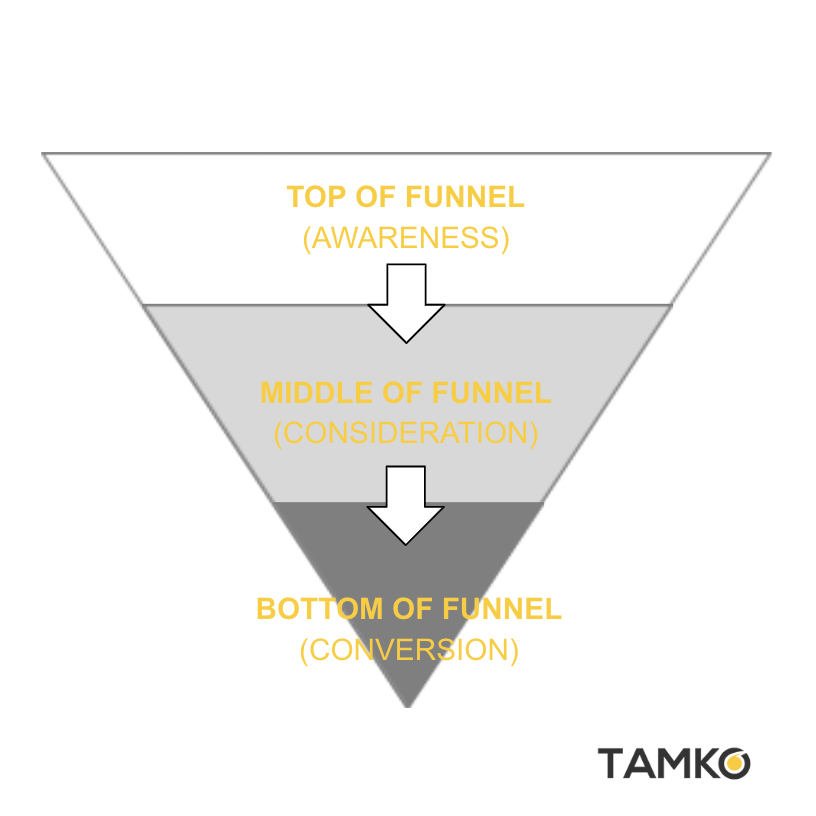 This is the initial point of contact with potential customers where their attention is first acquired through engaging content.

Providing more understanding happens in this phase in hopes of growing the target customer’s interest.

FOCUS: Communicate the USP through content made for specific targets.

Here, the aim is to turn consumers who’ve been receptive to communications into customers.

FOCUS: Communicate the value more specifically to the target, and reinforce it with information such as customer reviews, encourage purchases.

But what about businesses that say they’re not an online business?

Offline businesses now need to incorporate an online aspect in their marketing because of one key factor: They risk losing to competitors because of data.

Throughout this funnel, not only are messages being sent out, but data is being taken in.

Data can be gained at various points and utilized to perform a next action, both online and offline. Excelling in utilizing data in full-funnel marketing executions can not only help with sales, it also can lead to consumers switching brand loyalties.

Consider the diagram below: 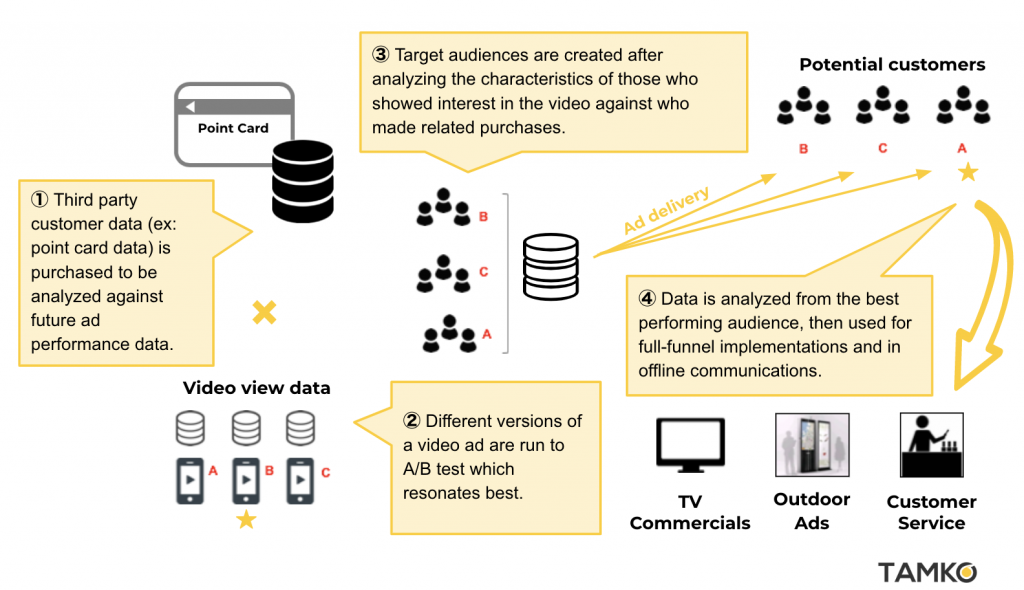 Data is used to help businesses optimize communications to consumers and steal customers from competitors.

This is what even offline business’ competitors are doing.

A lot of third-party data, such as information from point cards, can be bought. This data is analyzed and compared with data from an online ad, such as a social media video.

From there, different target audiences can be decided based on who was interested in the video and who has purchased what kind of items. Different ads are then made so that they speak to each of these audiences specifically.

From there, those people can be brought down through the funnel and also feedback can be used to optimize TV commercials, outdoor and print messaging, customer service and more.

Implementing a full-funnel marketing strategy also can have a huge impact on getting a better return on ad spend. Here’s what we realized in one of the implementations that we featured in our report. 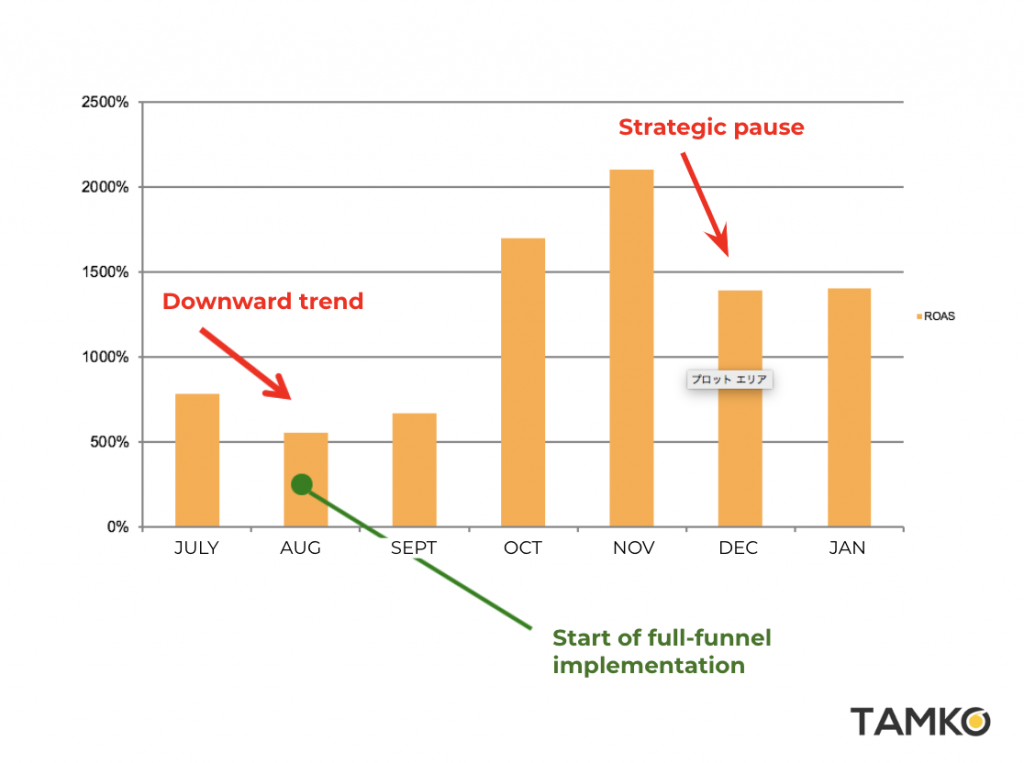 The impact of full-funnel implementation on ROAS

Until August, our client had been only delivering bottom-of-funnel ads aiming to lead people to make purchases. During this time, sales were trending downward and they failed to meet their ROAS KPI.

Then, a full-funnel marketing strategy was implemented and the change in ROAS was seen immediately over the next three months.

When the strategy was paused in December as a test to see if performance was due to the season, ROAS dropped again.

During this period of increased ROAS, the ability for people to remember the ad/business/product/service also increased. 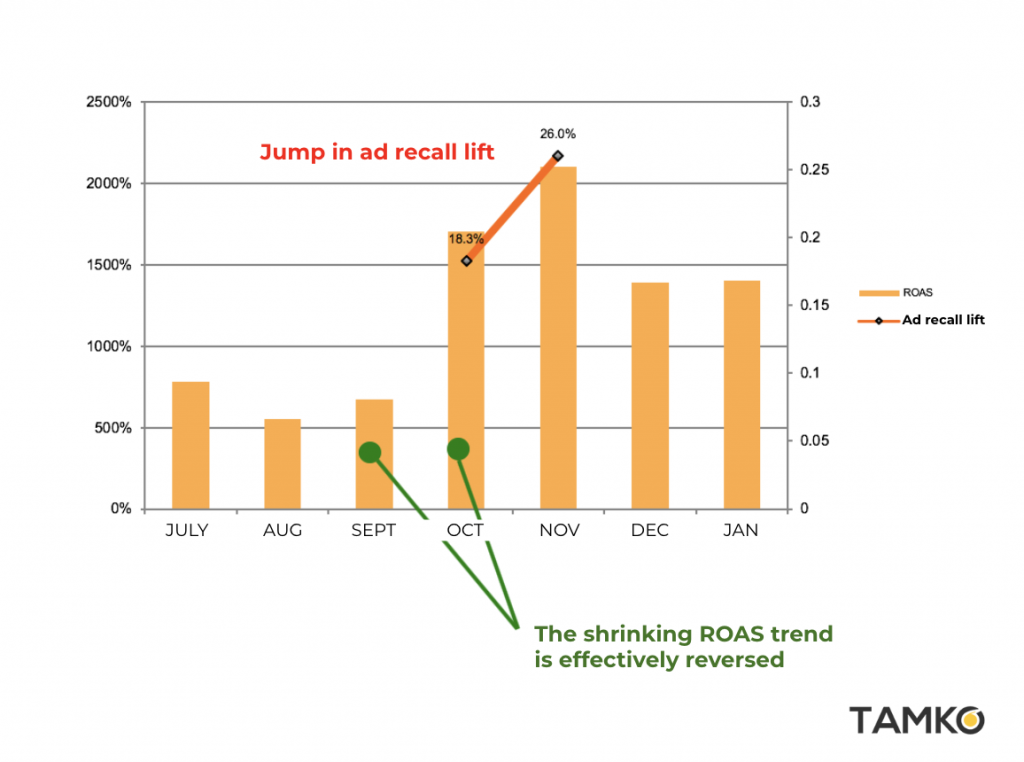 More were able to remember the ad as ROAS increased

We detail more about what exactly was done at each phase of the funnel in order to achieve an increase of over +2,000% in ROAS, the ideal frequency of someone seeing an ad, and how we utilized media publications so that we could advertise to readers who had a high potential of becoming customers for our clients.