Twitter is one of the most dominant social networks in Japan, a country that is Twitter’s second largest in terms of sales.

Japanese smartphone app service Appliv surveyed [J] men and women between their teens and sixties in June of this year that gives us some insight on Twitter usage in Japan.

Here is a summary what they found: 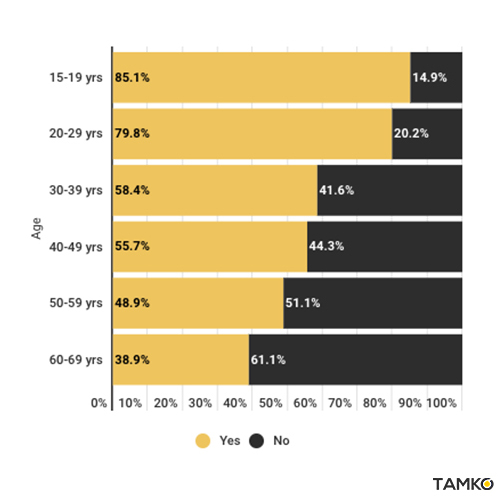 61.1% of Japanese use Twitter, with a deeper user penetration in younger age demographics 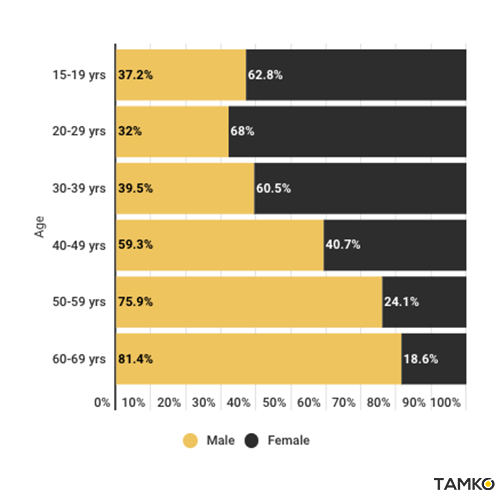 Females make up a larger percentage of Japanese users under 40, but males make up the majority of users in those over 40. 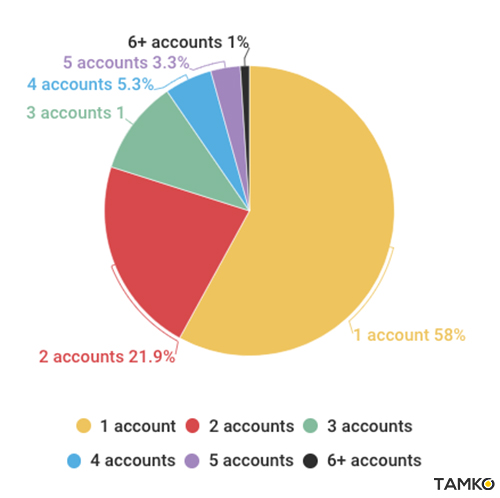 While most have 1, many Japanese Twitter users have 2 or more accounts. 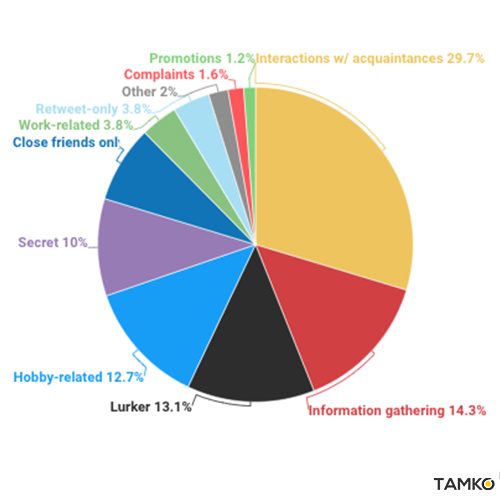 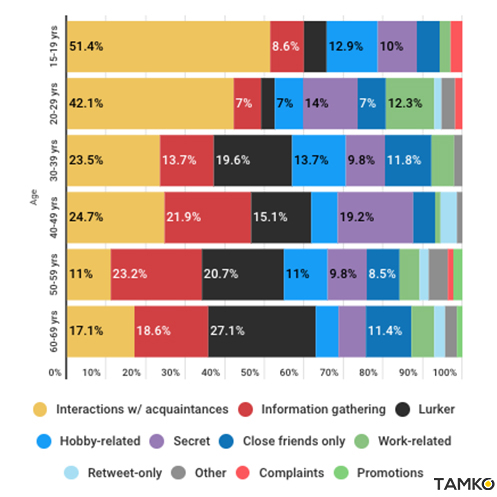 Utilizing Twitter for socializing with acquaintances gradually decreases with age in Japanese males, shifting towards information-gathering and other purposes. 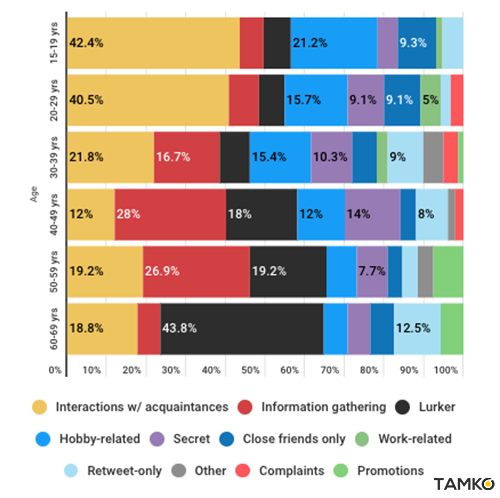 Utilizing Twitter for socializing with acquaintances gradually decreases with age in Japanese females as well, shifting towards information-gathering and other purposes.

Twitter has and still remains a stable social platform in Japan.

As detailed in our Media and the Japanese Consumer 2019 report [DOWNLOAD PDF], 37% of Twitter users in Japan reported increasing usage between 2017 and 2018, and 42% reported using it the same amount.