Where Japanese Attention Is | TAMKO

Where Japanese Attention Is

Before doing online marketing to Japanese, we should first understand their behavior and where they’re paying attention. While there are many similarities to other markets around the world, there are some differences as well.

Japan’s population is one of the most disproportionately senior ones in the world. Because of this, it’s no surprise that TV is still king. According to a recent survey [J] by the Japanese government’s Ministry of Internal Affairs and Communications, TV is consumed 168 minutes/day by Japanese, compared to 100 minutes/day of internet.

This reign, however, has been giving way to the internet in the recent years, especially as the country’s Generation-Z comes of age. In fact, Japanese in their twenties spend 40 minutes longer online than they do watching TV.

TV commercials can still undoubtably provide a big impact, but deep pockets are required since the advertising environment is dominated by only a few key players that basically auction off media access to the highest bidder. This has led many to further focus the majority of their efforts in the digital space. 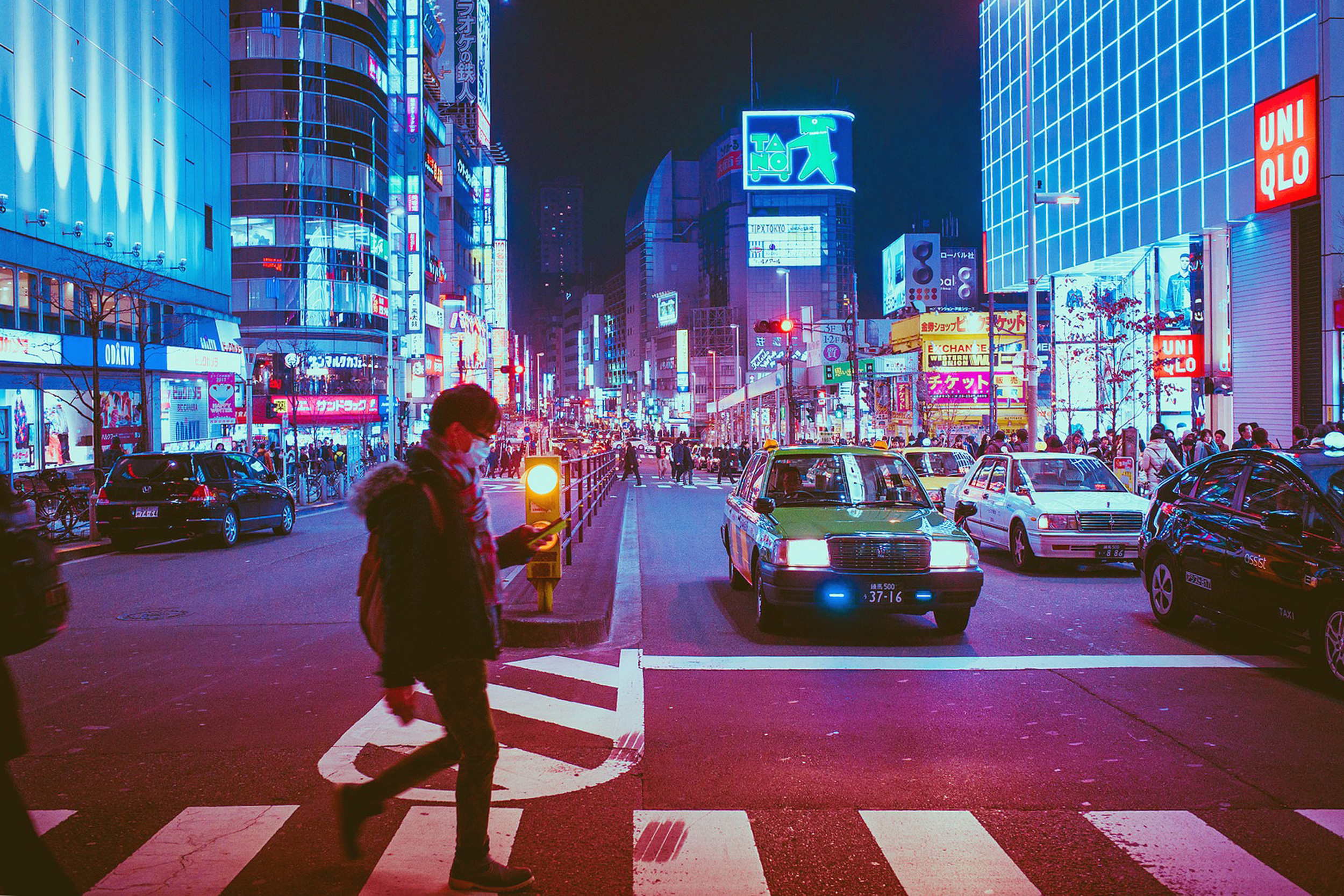 Japan has been mobile-first before most western countries were, and it’s the same today.

A recent survey by LINE Corp [J] showed that 46% of Japanese internet users were mobile-only and 39% used both mobile and PC. As expected, the youngest age group surveyed, Japanese between 10 and 20 years old, showed the highest percentage of being mobile-only with 70%. 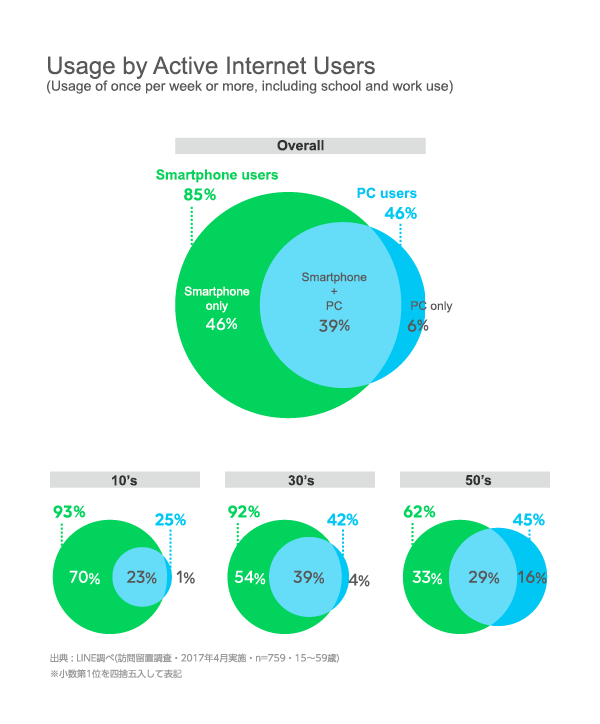 The PC is still very much relevant though, especially for B2B companies. The majority of business-related searches and content consumption happens in the office, where many Japanese companies implement a no-phone policy. But in workers’ off-time, the phone dominates their attention. 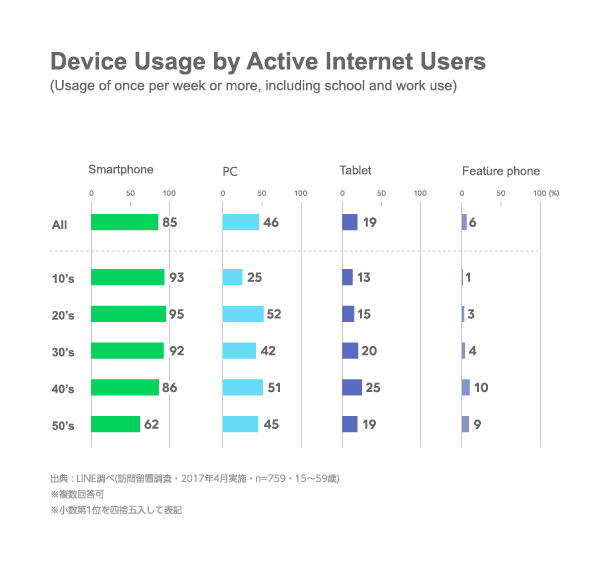 So what exactly are Japanese doing on their phones?

According to the Ministry of Internal Affairs and Communications survey, on weekdays, email takes up most of their time. After that, social media, reading blogs and browsing websites, in that order. On weekends, social media owns their attention, followed by video games and watching online video.

Social media receives a lot of attention on both weekdays and weekends, but network preferences for Japanese differ a bit from other countries.

The LINE messenger is the most used social platform. Around 68 million Japanese use it monthly, with more than 70% of them using it daily. In fact, 18% of LINE users are not on Facebook or Twitter, and amongst users in their 30’s to 50’s, the active users are double that of the other two networks. (Learn more about LINE advertising)

Twitter is the next most popular network with about 40 million Japanese users. It’s also the preferred network for the young, being the most popular with people in their 20’s. Other more familiar networks in other countries that skew towards the young, like Snapchat, haven’t really gained traction in Japan.

Facebook is third with about 28 million users in Japan, growing by 4 million in the last year and a half. The age group that has the most users in the country are people in their 40’s, and its biggest reach into any age group is with people in their 30’s, with 43.5% of them using it.

Instagram‘s popularity is rapidly increasing, growing its Japanese user base by 25% in the last ten months to 20 million. They’re also using it more, with its monthly active users growing by 8% during that time. (Learn more about Instagram advertising)