Online video is a dominant medium in communication today. It’s no different in Japan where mobile telecommunications companies are increasingly offering bigger data packages and as people turn away from cable TV.

In fact, according to the Japan government’s Ministry of Internal Affairs and Communications [J], online video network usage is the second most time consuming activity on smartphones for Japanese under 20, coming in after social network use.

YouTube dominates the online video space in the country, with nearly 98% of respondents in a survey [J] by Macromill saying they use it. In at a distant second is Niconico, a domestic service where user comments appear over videos as they play. 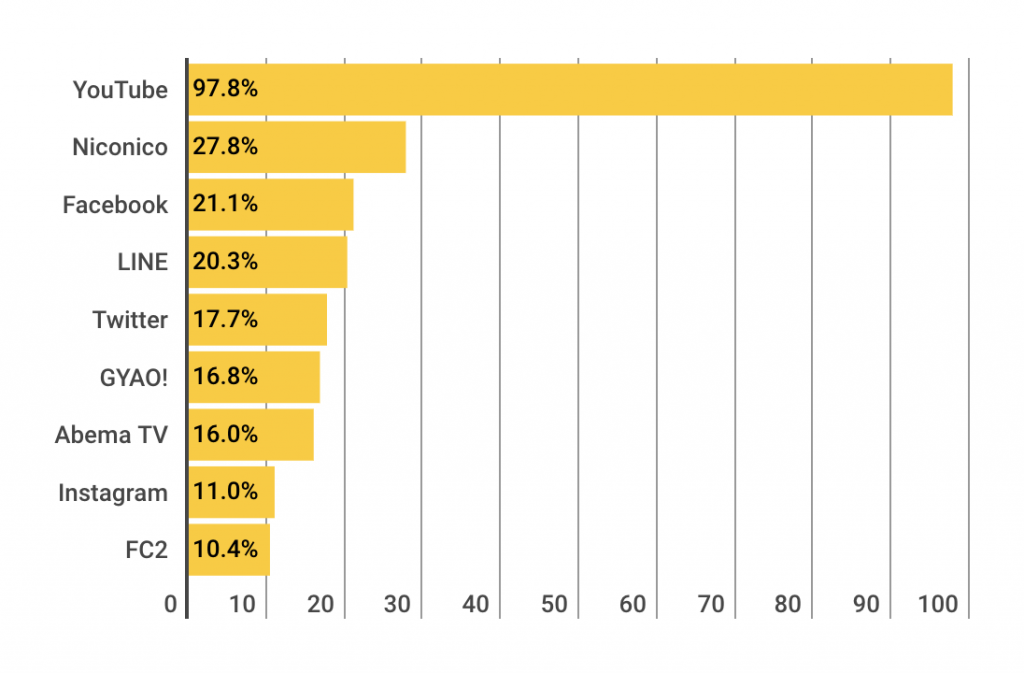 According to Nielsen, 45 million (or 35% of the country’s population) uses YouTube each month on their smartphone.

With so many Japanese paying attention to YouTube for video consumption, businesses have increased their efforts in promoting on the platform.

The YouTube advertising market has been growing rapidly in Japan. Research by CyberAgent subsidiary CA Young Lab showed that it more than doubled between 2016 and 2017, and the growth looks to continue through 2022. 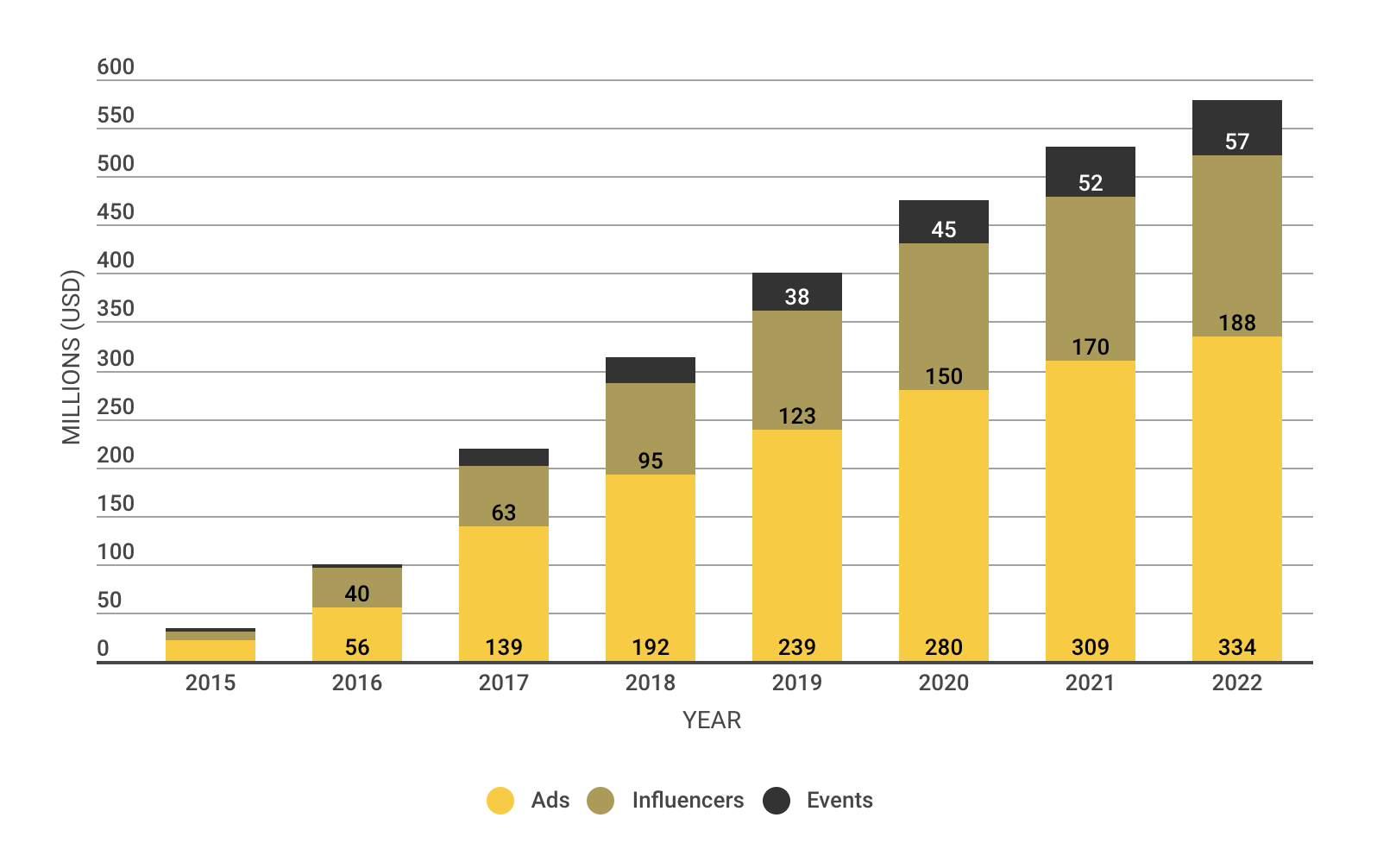 Most of this growth is from YouTube TrueView ads and sponsored collaborations with YouTubers, with revenue from YouTube-related events rounding things out.

The number of YouTube influencers in Japan has been growing as well.

Whether its through YouTube’s ads or through the influencers with audiences there, the platform is amongst the leading choices to reach Japanese consumers on as they increasingly pay more attention to mobile video.